NHMA Mourns Passing of Board of Director, Bill Herman

Bill had served in various positions and capacities with the New Hampshire Municipal Association for nearly twelve years.  Starting in 2010, Bill served as a member of the Committee of Government Affairs, which then became the Municipal Advocacy Committee in 2011.  Bill also participated in NHMA’s legislative policy process for many years, and In 2017, he was awarded the Russ Marcoux Municipal Advocate of the Year in recognition of his legislative advocacy work at the State House.  Bill had served as a board of director since 2013. 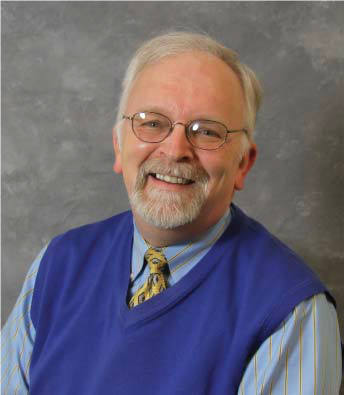 Bill was a public servant to his toes.  He was a good and kind man of unquestionable integrity.  He had a genuine understanding of people, he loved mentoring, and was an articulate advocate for the towns and the residents he served.  Bill thoroughly loved and enjoyed his work for the towns he served as is evident in this posting on the Town of Auburn’s website:

We are saddened to announce the death of long-time Auburn Town Administrator Bill Herman. Bill had been battling cancer for a few years and recently had to take a leave of absence. For over 15 years Auburn was Bill’s home away from home. Even though never being a citizen of Auburn, he loved our town and his job, this town became a large part of his life.

Bill spent countless hours supporting the Board of Selectmen, town departments, employees and committees. He consistently went above and beyond sitting in meetings he was not required to attend or attending town events to show his support to the community.  Bill could be found eating pie at the Auburn Historical Duck Race, helping at the town E-waste Day or just taking in the events at Old Home Day.

It's impossible to put what Bill meant to Auburn in a few paragraphs, we will forever remember his positive impact on the Town of Auburn and will often recall the lessons learned through his guidance and advice. While we need to move forward as a town, Bill’s legacy will last all our lifetimes. We will forever be grateful.

Below are excerpts of Bill’s legacy as published by the Union Leader on May 25, 2022.

Before moving to Concord in 1995, Bill lived in Weare, N.H., for 26 years. Bill had an early passion for government and community service. Bill was one of the founding members and chair of the Weare Junior Historical Society. During his tenure, the WJHS celebrated the 200th anniversary of Weare's Pine Tree Riot, published a booklet on the event, and received a proclamation from the governor declaring Pine Tree Riot Day. Bill was just getting started.

While living in Weare, Bill put his love of government and community service in motion. He was the Supervisor of the Checklist for several years, before being elected to the Weare Board of Selectmen, where he would serve for 24 years. As a selectman, he served on many of the town's boards. During his tenure on the Weare Planning Board, the Town adopted its first building code and zoning ordinance. Bill was Chairman of the Concord Regional Solid Waste/Resource Recovery Cooperative for 35 years. He also was the longest serving commissioner on the Southern New Hampshire Planning Commission, serving 30 years. The Commission's conference room is named in his honor. Bill also served as the Treasurer for the New Durham Food Pantry for 16 years. Bill would go on to complete the New Hampshire Certified Public Managers Program. He served as the Town Administrator in the towns of Milton, N.H., and New Durham, N.H., before most recently serving as Town Administrator for the Town of Auburn, N.H. for the past 16 years. Throughout Bill's long career in public service, he received many well-deserved awards and distinctions.