Longing for a “Normal” Town Meeting

When I was presented with the prospect of running for town moderator in 2018, one of the points in favor was that the job involves a limited time commitment. Many years earlier, I had served as a planning board member and then as a selectman, but when my day job became insanely busy and my parental obligations increased, I had decided I could no longer handle the long biweekly meetings and additional obligations that those positions required.

The moderator’s job, I reasoned, is different. Although it is not to be taken lightly, it involves just a few days of work—admittedly, intensive work—every year. Even when I consented to adding the school district moderator’s position to my syllabus in 2019, it seemed manageable.

The early 2020s, however, have turned out to be challenging times for moderators. I wrote in this publication a year ago (“A Nightmare on Main Street,” January/February 2021) about our disastrous effort to hold a safe, socially distanced town meeting during a declared state of emergency in 2020. Even before that extended town meeting season ended, moderators statewide were beginning to plan for the state and federal elections, trying to figure out how to keep the crowds safe during the fall COVID surge. Happily, with guidance and lots of additional equipment from the state, the fall 2020 elections went remarkably smoothly.

Which brought us to the 2021 town meeting season. In retrospect, while 2020 was arguably more difficult than 2021, it was less complicated. We were fortunate that the COVID pandemic hit New Hampshire in 2020 after almost all SB 2 deliberative sessions had been held, and just after the town and school district elections and many of the traditional business sessions. The problems in 2020 were only for traditional meeting towns (like mine) that postponed their business sessions and towns with April or May meetings.

In early 2021, the COVID surge was a concern for every town and school district meeting and election. With infections peaking in December and January, local officials and attorneys spent several weeks trying to understand their options. Could the moderator use the authority of RSA 40:4, II to postpone the meeting? Could the virtual option that some school districts had used in 2020 be used in 2021? Would there be legislation or an executive order to clarify things?

With impressive speed, the newly convened Senate passed legislation (inconveniently designated SB 2) on its first day in session, January 6, that enabled towns to postpone their meetings based on COVID concerns. That bill, however, hit a wall in the House and eventually died. 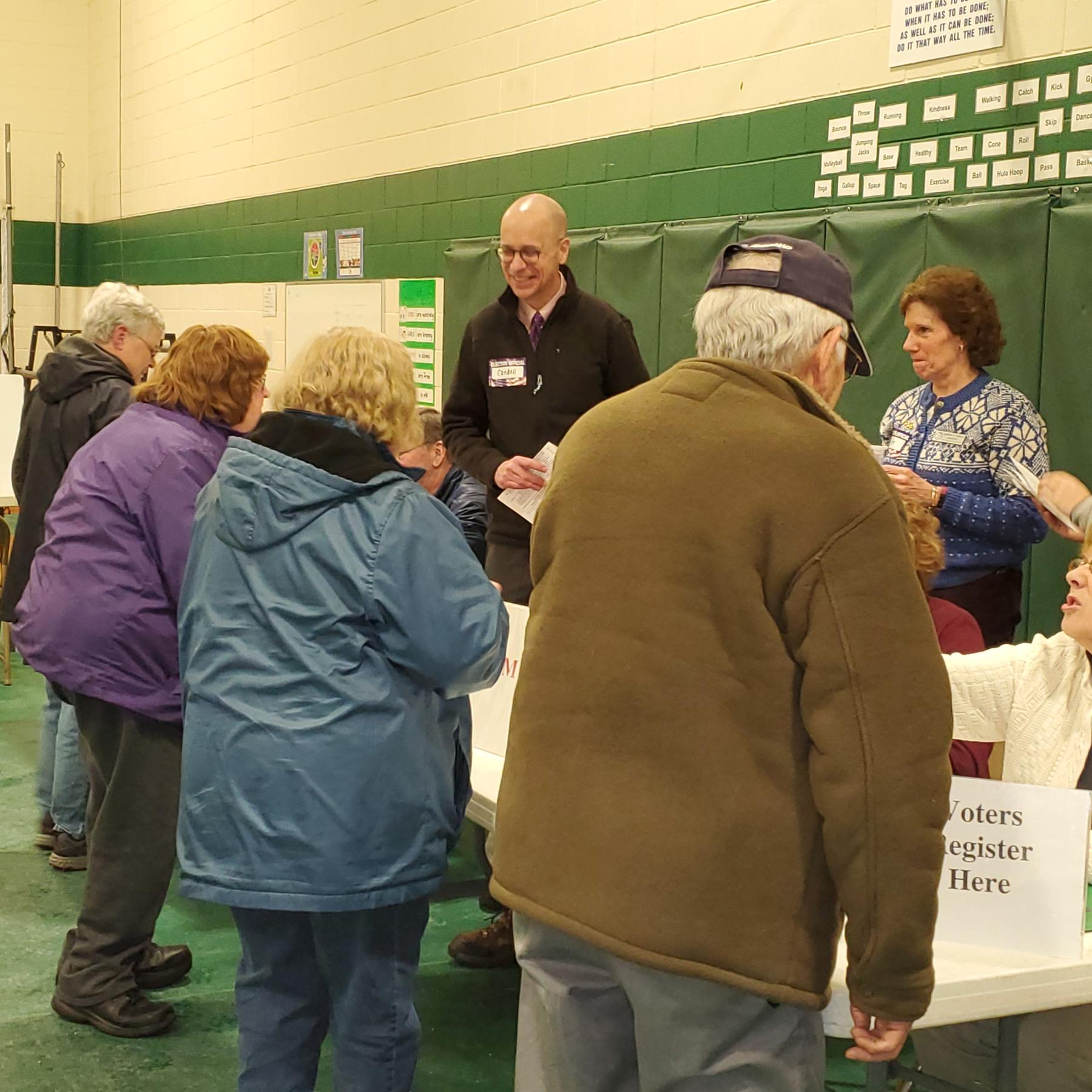 This is where things got complicated. My town, Henniker, is part of the John Stark Regional School District (JSRSD), with the town of Weare. In January 2021, town and school district officials in Henniker and Weare held numerous meetings trying to sort out the options and the consequences of each.

This required some serious coordination. On January 21, after some discussion among the town administrators and moderators, the Henniker and Weare select boards held a joint meeting to discuss the timing of deliberative/business sessions and elections. (No one was really concerned about the elections—we had held elections without much trouble in November, and everyone expected the COVID situation to be better by March. The much bigger concern was gathering 100 people or more in a room in early February for a meeting that might last several hours.)

Like the three school districts, the town of Weare uses SB 2; the town of Henniker is the only one of the five entities that has a traditional meeting. At the joint meeting, the Weare selectmen and town moderator made it clear that they had no interest in postponing anything, even assuming they could—they were going forward with their deliberative session in early February and with their town election on March 9.

The Henniker selectmen were less adamant, but it didn’t matter:  because of the shared school district, if Weare wasn’t postponing its election, neither was Henniker. And if the town elections were not postponed, the school district elections could not be postponed, and therefore the deliberative sessions, as a practical matter, could not be postponed. (The business session of the Henniker town meeting, ordinarily held the Saturday after the election, was not a pressing concern yet. The selectmen could schedule it whenever they wanted, and this would not affect anything else.)

So that was that—nothing was being postponed. Not everyone was happy, but at least we had a clear decision.

That changed the next day. On January 22, the governor issued Emergency Order 83, authorizing the governing body (not the moderator) of a town or school district to postpone the business or deliberative session of its annual meeting “to one or more dates later in 2021,” and to “postpone the official ballot voting day to the second Tuesday of April, May, June, or July.”

In my mind, this changed nothing—although it clearly authorized postponement, the school district and town elections were still inextricably intertwined, and the order did not explicitly unravel the twine. But our school district’s attorney read the order more broadly—he believed it did allow school districts to separate their elections from the town elections and postpone them, regardless of what the towns did. He gets paid to represent the district, and I don’t, so I was not going to argue.

So . . . after some more discussions among counsel, moderators, and board chairs, the three school boards convened a joint meeting on January 27. At that meeting, the Henniker and JSRSD school boards voted to postpone their deliberative sessions, but the Weare school board voted 3-2 against postponing. The Weare district would hold its deliberative session in early February as scheduled, while the Henniker district and JSRSD would move theirs to April.

This meant, of course, that the Henniker School District and JSRSD elections also had to be postponed, even though the town elections were not; so voters would be voting on two different days, one in March and one in May (after the deliberative sessions). The Weare School District election did not need to be postponed, but Weare voters also would have a second election date—that of the JSRSD election.

That was 2021. For 2022 the question of postponement has received remarkably little discussion, even though we began the year with by far the biggest COVID surge so far. Fortunately, as I write this article, we appear to be on the downhill side of that surge. Our town and school district are going ahead with our meetings on schedule, but there certainly will still be some apprehension and the now-familiar scene of a roomful of people wearing masks.

Perhaps by 2023 things will be back to “normal,” whatever that means now. I am not complaining, but I would love to get back to worrying about whether a proposed amendment is allowable and the rules about secret ballot votes, rather than trying to decide whether it’s even safe to hold a meeting.

Cordell Johnston is the Henniker town and school district moderator and a municipal attorney. He recently retired after 18 years as Government Affairs Counsel at NHMA.