And so, we begin the second year of the two-year legislative term. It’s early yet but having now digested the bill titles that were released in the fall, it’s fair to say that it’s shaping up to be a session very similar to last year. Once again, we can expect to be on the defensive throughout the 2022 term. There are a few bills of particular note on that front:

HB 1033 is the most concerning of these bills. It would prohibit recipients of state or local grants or appropriations from using such funds for lobbying. In short, it is intended to significantly encumber the ability of local officials to engage in the legislative process. Obviously, killing this bill is one of our top priorities.

HB 1073 would repeal the exemption added into the Right-to-Know Law last year protecting attorney-client privileged and attorney-work product information from disclosure under the Right-to-Know Law. As this exemption ensures that municipalities – and other public entities – can rely on having the same relationship with their attorney as any other organization, we are hopeful that this bill will also be killed.

SB 249 which would prohibit local zoning ordinances from prohibiting or regulating short-term rentals. As many of our members in vacation hotspots can attest, the proliferation of short-term rentals has caused significant problems ranging from stymying business due to lack of long-term housing for employees to noise-and-party issues taking up significant police time to a reduction in town populations, leaving fewer people available to take up the mantel of volunteer civic service in local government. When the COVID pandemic hit in the spring of 2020, several New Hampshire towns were overrun by people fleeing Boston and New York and taking up residence in short-term rentals, potentially contributing to greater community spread. This bill would inhibit towns’ ability to prevent such invasions.

HB 1494 would exempt phone and cable companies from paying property taxes on their use of public rights-of-way. That would be a significant hit to the municipal tax base and cause an immediate need to increase property taxes paid by residents in order to maintain municipal services. 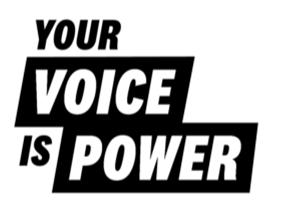 There are also a slew of election related bills that are of great concern. Among them is HB 1064, which, among other things, would prohibit the use of electronic ballot-counting devices. In other words, all ballots would have to be hand counted. Can you imagine being a moderator, town clerk, or other election official in a town with several thousand ballots? It could take days to do an initial count of all of the various items listed on a ballot. HB 1064 highlights the need for moderators, town clerks, and other local election officials to educate their legislators about the election process and how cumbersome it would become if some of these bills become law.

But not all is dark in the months ahead. There are some rays of light springing forth, and we are hopeful that these bills will accomplish something good for municipalities. Some highlights that caught our attention include:

HB 1134 establishes a commission to study the labeling and disposal of not-actually-disposable-but-incorrectly-labeled as- such wipes. As any wastewater treatment facility operator will tell you, flushed wipes are creating significant problems for wastewater systems, resulting in significant expenditures to clear clogs and clean equipment that would otherwise not need to be serviced. A commission geared toward plunging the problem toward a solution would be quite welcome.

HB 1024 grants local authorities the ability to reduce the speed limit within any business or urban residence district to 10 miles-per-hour. Currently, the limit in these areas may only be reduced to 25 miles-per-hour, much to the chagrin of many of our members. Greater flexibility for local officials to respond to local needs is always a good thing.

HB 398 & HB 412 provide funding for water and wastewater projects. The more important of these bills is HB 398, which would appropriate monies to fund the 11 wastewater treatment
projects that were originally slated to receive state aid grant funding in the previous biennium, but saw their funding suspended due to uncertainty surrounding the state budget during
the initial wave of the pandemic. (This is important as municipalities cannot use ARPA funds for water and sewer projects completed prior to March 3,2021.) HB 398 would also provide funding to 110 new projects that have been identified by the Department of Environment Services as projects which will be complete and eligible for grant funding over the current biennium.

HB 1014, SB 322 & SB 384 all relate to remote public meetings. This is an issue that turned out to be a politically contentious one last year in the House despite widespread support among our membership and other public entities. While we still urge you to educate your representatives on the usefulness of remote meetings, we are heartened by so many bills being filed relative to giving public bodies more remote options.

Of course, our opinions on bills can change as we hear more during public testimony and amendments are offered. One bill that stood out to us as an uncertainty this session is HB 1008. It proposes establishing a commission to study the “the structure and election calendar of New Hampshire municipal government.” If this is simply a municipal elections timeline commission, that could be very useful. NHMA’s Legal Services Department spends a good two weeks every summer trying to decipher the arcane and difficult-to-map law surrounding town meeting due dates to create our town meeting calendars for our members, so we welcome a simplification of that process. But, if this bill actually means to study “the structure… of New Hampshire municipal government,” well, then, that is a different matter. While we’re not entirely sure what to make of the bill at this point, we are concerned that it does not include a local official representative.

That highlights one of the difficulties of examining bills. Sometimes, they have good intentions, but those intentions are not quite translated into useful action. Take, for example, HB 1087. It’s basically a rewrite of a bill from last year. The intent is clearly to encourage higher density housing where public water and sewer exist, but as a practical matter it probably won’t have much of an effect on the housing shortage. The reason is that it doesn’t provide a carrot – e.g., state funding for expansion of public water and sewer and upgrades to the associated facilities – but only a stick – if your municipality was thinking of expanding public water and sewer, it’ll now be subject to a new state-wide zoning mandate for minimum lot size. In other words, the bill wants to do something good – encourage increased density of housing to help ease the housing shortage and, possibility, the issue of building houses utilizing private wells where contaminants may exist in ground water – but the way it goes about it may well result in less development because expansion of municipal water and wastewater systems suddenly undermines local decisions as to land uses. So, it ends up being bad on a policy standpoint independently of its implementation of a statewide zoning mandate (which we oppose).

Fortunately, we know from long experience that the best way to get legislators to understand the effects of policies such as these is to get them to hear from our members. That’s why we publish the Legislative Bulletin. It’s not only to keep our members informed, but also to give them the opportunity to know when a particular idea – bad or good – has floated into view for your local legislators. That’s often the key moment – when the shape of the bill is a bit like a Fata Morgana hovering above the legislature’s week – for advocacy work to be most effective. 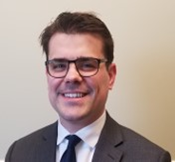