Your shopping cart is empty.

Knowing the Territory: An Overview of Selected Topics in Municipal Law for NH Local Officials (2021) 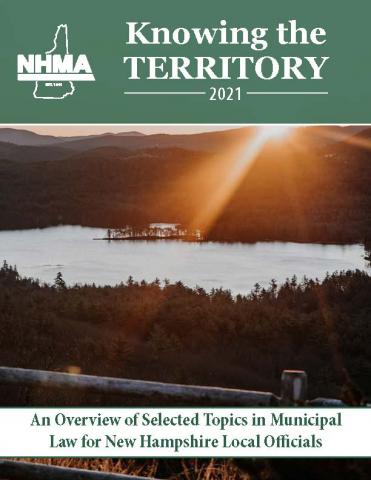 Chapter One: Finding the Law

Chapter Two: The Municipality’s Relationship with Other Governments

Chapter Four: The Select Board’s Relationship with Other Local Officials

Chapter Five: The Right to Know Law, RSA Chapter 91-A

Chapter Fourteen: Trusts, Reserve Funds and the Role of Trustees