State House Report: It’s Down to the Wire

Committee hearings are finished for the year, and we’re still not sure what will be in the final budget. That’s not unexpected, but it’s also the source of some anxiety. The passage of the American Rescue Plan Act of 2021 (“ARPA”) caused state budget writers to reconsider budget priorities as federal dollars will be covering many of the same things that legislators had previously considered priorities. Undoubtedly, the next few months will be busy with final budget negotiations and municipalities starting to see a flow of federal (and hopefully significant state) dollars.

Although the budget is certainly the major focus for the year, there were a number of bills that caught our members’ attention this year. Some were good, some were bad, and many died. Let’s take a look.

Adoption of SB 2.  The House passed HB 374, relative to the process for adopting the SB 2 form of town meeting, by a margin of 200-175. This bill would have reinstated the process that was in effect before 2019, requiring the question of adopting SB 2 to be placed on the official ballot, rather than debated and voted on at the town meeting’s business session. Fortunately, the Senate voted Inexpedient to Legislate.

Amending petitioned articles. By a 12-vote margin, 193-181, the House passed HB 67, which would prohibit the voters at a town meeting deliberative session in an official ballot referendum (SB 2) town from amending a petitioned warrant article “to change its specific intent.” In any other legislative body, once a question—whether a warrant article at town meeting or a bill in the legislature—is filed, the legislative body can amend it as it sees fit, so long as it does not change the subject matter. HB 67 would prohibit an amendment even if the petitioners themselves want to amend the article. Fortunately, the Senate realized this problem and voted HB 67 Inexpedient to Legislate.

City council powers. The House rejected the Municipal and County Government Committee’s Ought to Pass recommendation on HB 439, 185-192. This bill would have repealed the authority of city councils to adopt ordinances “for the well-being of the city,” an authority that they’ve had for over a century-and-a-half.

Collective Bargaining Negotiations. By a vote of 168-187, the House rejected a committee recommendation of Ought to Pass on HB 206, which would have required that collective bargaining negotiations occur at meetings open to the public. The bill was voted Inexpedient to Legislate by a majority of the House.

Immigration enforcement.  On a voice vote and without discussion, the House tabled HB 266, which would have required municipalities to comply with federal immigration detainer requests, and would have prohibited the adoption of local policies discouraging the police from inquiring about the immigration status of any individual.

Municipal liability and immunity. In a huge victory, the House overturned the Judiciary Committee’s 19-2 recommendation of Ought to Pass on HB 111, the bill dealing with state and municipal immunity. Despite that victory, an attempt was made to revitalize HB 111 through inclusion of its language in an amendment to SB 96. Fortunately, the House Judiciary Committee rejected the amendment on a 7-14 vote.

Non-Disparagement Clauses. HB 83, which prohibits non-disparagement clauses in settlement agreements involving a government entity, was passed by the House on the consent calendar. Fortunately, the Senate voted unanimously to kill HB 83 after receiving it. 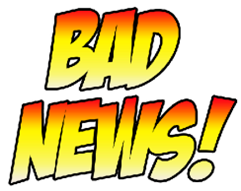 As with any good news, there’s always bad news. As of late May, we’re still fighting some battles (but those will likely be resolved by the time you read this).

Attorney Client Privilege. Perhaps the biggest twist in this legislative session was the New Hampshire Supreme Court’s ruling in Hampstead School District v. School Administrative Unit No. 55, No. 2020-0268 (April 20, 2021). That case essentially eliminated attorney client privilege for the state and its subdivisions (school districts, municipalities, etc.) by interpreting the Right-to-Know Law (RSA chapter 91-A) as providing for a privacy balancing analysis where a requestor asks for materials prepared by an attorney for his/her municipal or state client. We worked with a coalition of municipal attorneys to draft  Amendment 1251s to HB 108. Getting that amendment passed and signed into law quickly became a major priority this session. We are still awaiting action on the Amendment by the legislature.

Gunfire on Town-Owned Lands. On an almost straight party-line vote, the House passed HB 307, which requires municipalities to allow gun sales and the discharge of firearms, without limitation, on town-owned property. This bill would render cities and towns powerless to regulate gunfire in places such as town forests and cemeteries, and even on some municipal parking lots and airport runways. It would open conservation areas, such as watersheds for drinking water supplies, to shooting ranges that would result in serious environmental contamination from lead bullets. It will likely be up to the Senate to stop this bill.

Remote Meetings. The House Judiciary Committee has systematically recommending killing every remote meeting bill that has appeared before it, despite the overwhelming support for continuing to allow remote meetings. For example, SB 95 was voted 24-0 for passage in the Senate. It would have enabled public bodies to continue to meet remotely until July 1, 2022, as they have done under Emergency Order #12 during the pandemic, while a legislative committee formulated recommendations for how and whether remote meeting options should continue into the future. In the House, 102 individuals signed in support and a dozen-or-so testified in support. Only 2 people signed opposed, and none testified. Yet, by a straight party-line vote, 11-10, the House Judiciary Committee last week approved an amendment to remove that enabling language because it is “too soon” to make such a drastic change to how meetings are conducted, and more study is needed before allowing such a change. This despite the fact that remote meetings had been permitted for fourteen months before the time of that vote and have been almost uniformly successful. We have yet to see what the full House will do.

Acquisition, sale, and demolition of municipal property. HB 164 clarifies the authority of the governing body to demolish municipally owned buildings and requires review and recommendation by the heritage commission (if any) and the historic district commission (if the property is within a historic district), in addition to the planning board and the conservation commission, before the governing body may acquire or sell property under RSA 41:14-a or demolish or otherwise dispose of buildings.

Notice of tax lien execution.  HB 126 gives a municipality 60 days from the date of execution of a tax lien to notify all persons holding mortgages on the property. Current law allows only 45 days.

Town health officers.  HB 79 makes numerous changes to the health officer statutes. Among other things, it (1) eliminates the requirement that a health officer be a resident of the state; (2) allows greater information sharing between health officers and the Department of Health and Human Services (DHHS); (3) requires each local board of health to meet at least annually to review the state of local public health issues and provide information to DHHS on the readiness to address public health threats; and (4) requires every health officer to complete at least three hours of training within one year of appointment, to be provided at no cost by DHHS in collaboration with the New Hampshire Health Officers Association.

Natch Greyes is the Municipal Services Counsel with the New Hampshire Municipal Association.  He may be contacted at 603.224.7447 or at legalinquiries@nhmunicipal.org.