How to Get Young People to Join a Board or Committee

There are a lot of reasons why young people don’t join town boards or committees or run for local office. Young people are often raising children and/or working full-time, and board and committee meetings typically take place either in the evening (which is not family-friendly) or during the workday. As a result, it isn’t uncommon that a town’s leadership are primarily retired empty nesters. Representation is important, so I, a bona fide young person, joined my town’s planning board as an alternate member back in April 2019. 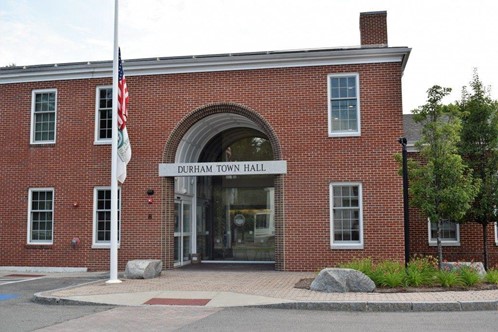 For me, the process began with a conversation with the Town Planner. Then, before I could submit my application for the Town Council to consider, I was required to meet with the Planning Board Chair or Vice Chair and sit in on a Planning Board meeting. After I submitted my application, the Town Council voted at their next meeting. Ta-da! I was now a member of my town’s planning board! This process varies from one community to the next and in some New Hampshire municipalities, planning board is an elected position. Have a conversation with the Town Administrator or City Manager and not only will they help you with the process, but they’ll also help you decide which committee or board is the best fit (spoiler alert: it doesn’t have to be the planning board). I promise, they will be excited to hear from you.

Ask them. If they say no, ask them again.

I’ll admit, I said no at first. Actually, I said no the second time too. My planning board meetings are on Wednesday evenings, which happens to be when my ultimate frisbee league holds games. I finally caved once I was given permission to skip meetings during the summer. (This is also why I am an alternate member.)

Once they get there, be welcoming.

Sometimes I get the impression that older people are apprehensive about talking to me because they don’t know what to say and that is OK. Young people talk about the weather and baseball and the other classic conversation starters. In general, we could all do a better job talking with each other anyway, right?

Ensure they are included and please listen to them.

This wasn’t during a planning board meeting but is still a story worth sharing. In a conversation about “what young people want” I was having a hard time getting a word into the conversation. That is until someone interrupted the conversation and said, “we have a young person here, let’s ask her!” I guarantee leadership in your town or city is talking about “what young people want”. If you aren’t in the room, who knows what’s being said?

Advice for Young People:  Just do it.

That isn’t really advice, is it? I have interviewed young people across the state for the “Meet Local Leader” series on the Stay Work Play blog and every single one of them has said something along the lines of just do it, so just do it already! If you won’t listen to me, maybe you’ll listen to Kelly Boyer, who served on the Goffstown Board of Selectmen, or George Hansel, who served on the Keene City Council and is now Keene’s Mayor, or Rebecca Perkins Kwoka, who served on the Portsmouth City Council and is now state senator from District 21. When asked what advice they would give to another young person in New Hampshire about getting involved in local politics, where’s what they said:

Run! I often hear people say that they don’t think they’re qualified but the reality is that if you’re willing to show up and do the work, I want to work with you.

Patience is always valuable in politics, waiting in line isn’t. Young people should dive right in.

Go for it! All of those doubts and fears that you have when you are thinking about this idea will resolve themselves.

Rebecca goes on to add that no one expects you to know every issue you will vote on before you enter office, and she is right. The people representing you on the various boards and committees aren’t experts on everything. Most have a passion for a specific issue or topic and have picked up bits and pieces about everything else over time. There are also training opportunities available through the Office of Strategic Initiatives and the NH Municipal Association.

Sarah Wrightsman was born and raised in Nottingham and is a lifelong resident of NH’s Seacoast region. By day, Sarah serves as the Executive Director of the Workforce Housing Coalition of the Greater Seacoast and the Housing Planner for the Regional Economic Development Center. By night, Sarah is the co-host of Creative Guts, a podcast focused on the pursuit of creativity.

Reprinted with permission by Stay Work Play New Hampshire, a non-profit established in 2009 to advance efforts to recruit and retain a young workforce in New Hampshire.  Originally posted on stayworkplay.org on August 22, 2019.