Four Considerations That Will Impact Your Next Infrastructure Project

When Kyle Fox, Public Works Director for the Town of Merrimack, sought to address damage from the 2007 Mother’s Day flood, he understood at its onset that this would be a complex job and approached Quantum Construction Consultants, LLC (QCC), a civil and structural engineering firm based in Concord, NH, about the Town’s options. 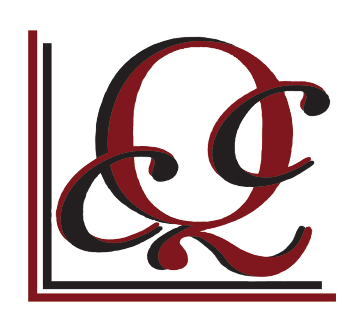 “The Bedford Road bridge replacement project presented unique challenges, the foremost of which was that the bridge was located in an oxbow causing the brook to be in close proximity on both sides of the bridge approach,” says Fox.

“Water had completely overtopped the road, and pavement had broken off into the water,” says Christian Rainey, EIT, senior project engineer. “The guardrail and everything around it was gone.”

CC performed a study of the road in 2014 and found that 6,300 vehicles crossed the Bedford Road bridge per day; that number is expected to be closer to 7,500 now. Following additional studies of the existing conditions and surrounding terrain, the team broke ground on the project in fall 2019 and completed it one year later. 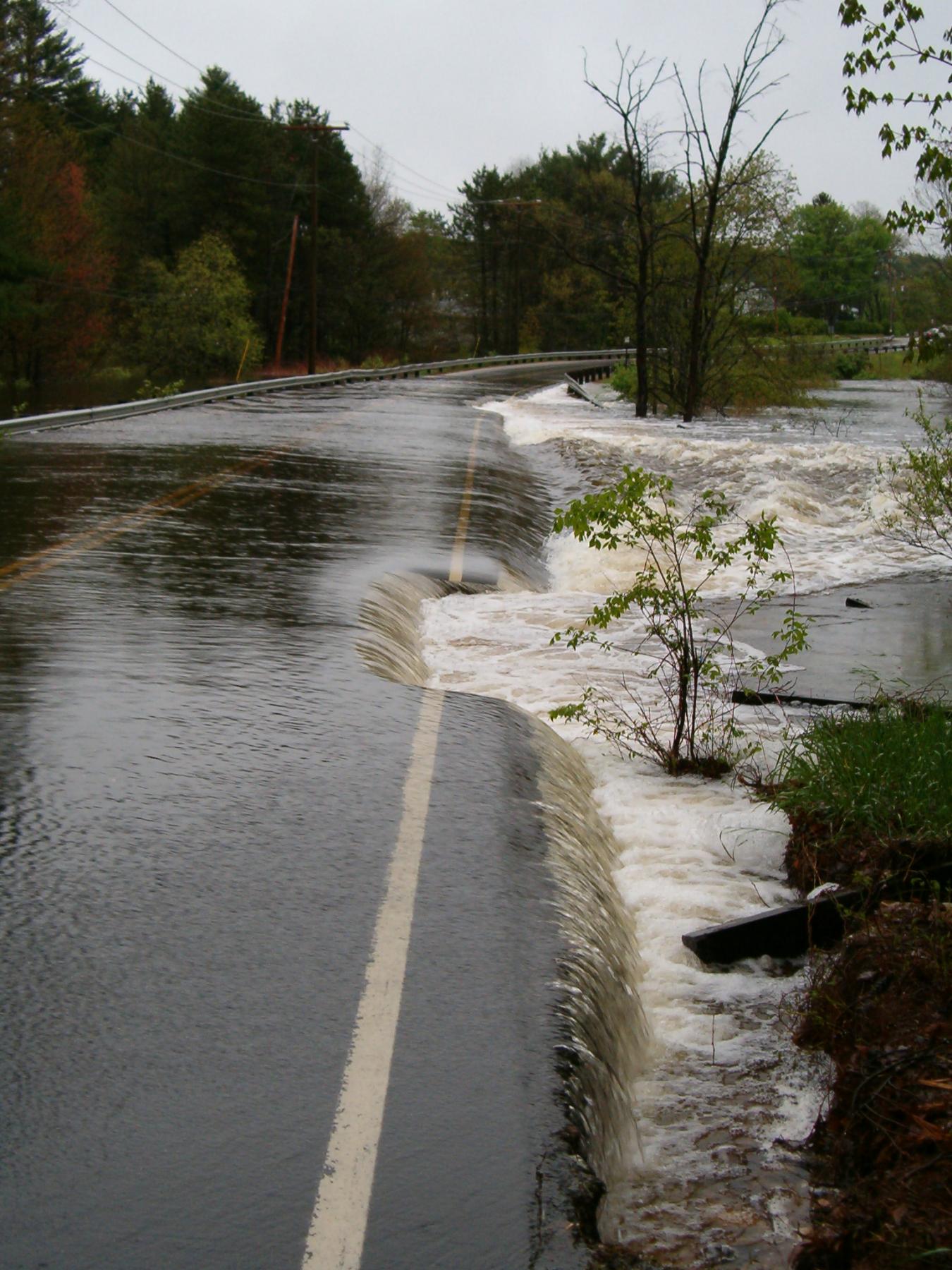 This process was far from a simple repair and demanded much collaboration in and around the Town. Dozens of public meetings with various local, state, and federal stakeholders were necessary to keep the project moving forward.

With the new, 90-foot-span bridge in place and traffic running over it safely and smoothly, QCC and the Town of Merrimack offer these four often-overlooked considerations to municipalities that are preparing to undertake bridge projects.

One: For every bridge that gets removed from the NHDOT Red List, there are at least three bridges added onto it.

“The funding for infrastructure in New Hampshire is no different than it is in the rest of the country and is nowhere near what’s needed compared to the demand, particularly for the municipally-managed program,” says Rick Wolf, Jr., President of QCC. “Because it’s a state process, timelines may be a little more drawn out.”

Bridges are put on the Red List when they begin to show signs that indicate the bridge has about five years left until the existing conditions are going to fail, but some bridges remain on the list for ten to 15 years, so it’s important to plan as far ahead as possible and enlist the help of experts to determine the best strategies, both structurally and financially.

Two: Bridges being considered for rehabilitation right now may not be federally or state funded until 2031, so consider grassroots options if possible.

“The Bedford Road bridge was in the NHDOT program for a long time,” says Wolf. In this case, the town got together to rebuild the road on their own because they couldn’t wait any longer, due to the volume of traffic on that road.”

QCC also performed a hydraulic study to determine what the bridge opening needed to be for the different types of structures, then completed a cost estimate. QCC also reviewed options with numerous regulating agencies and coordinated with the NHDOT to advance the scheduling of repairs. This empowered the Town to pursue the most efficient, economical structure on its own.

“Old bridges tend to be made at the low points of roads, which isn’t ideal,” says Rainey. “This bridge was at the low point of the road, but we were able to pick it up at the waterway opening by nearly five feet, which also meant extending the bridge length dramatically.”

Not only was the Bedford Road bridge physically low-set‒it’s also located within an oxbow, with a brook running parallel to both sides of the road, wider than the road itself. Eliminating the roadway overtopping issue was both a function of increasing the waterway opening of the structure and determining the flood level so as to properly elevate the road. When QCC performed its studies and calculations, it was clear that the roadway had to be raised.

Four: Check for opportunities to make the most of the situation.

In the case of Bedford Road, the team didn’t address the bridge as an isolated consideration; the road on either side of it and the history behind the bridge were also factors in the project plan. QCC incorporated a number of improvements for the whole town to enjoy.

“Future grants may allow for more connectivity throughout the town,” explains Wolf. “With that in mind, we included wide shoulders for cyclists in the area, and sidewalks, which are well-loved features especially because now, more than ever, people are trying to exercise outdoors.” 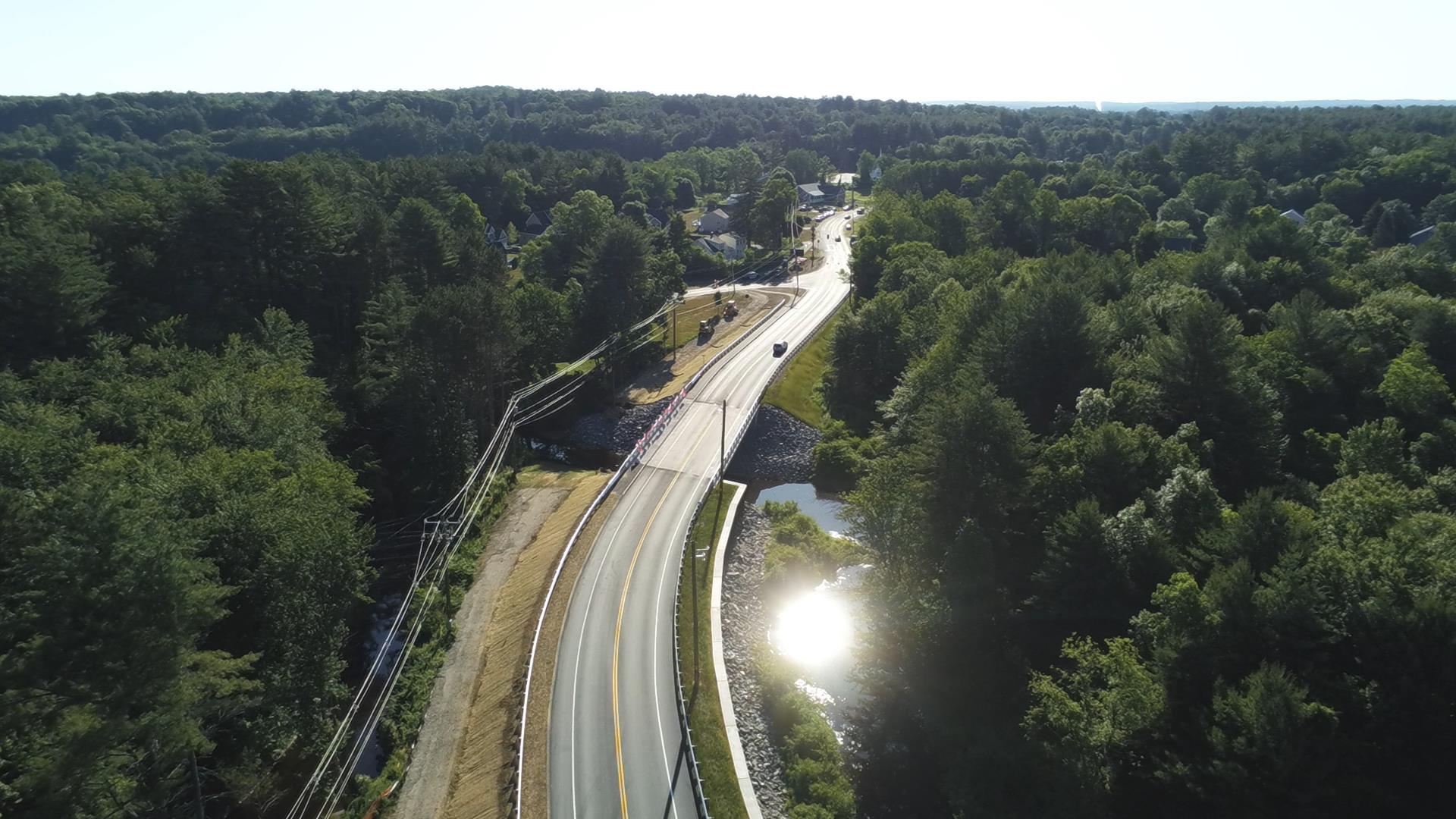 The team also worked with the New Hampshire Division of Historical Resources to request an interpretive sign panel which would commemorate the original structure. The panel is installed on the sidewalk side of the bridge and adds historical context to the structure that was not previously emphasized to the community. In the end, a project that began as an emergency situation became an innovative, forward-thinking feature in the Merrimack community.

“People probably have no idea how many bridges they drive over each day‒until one of them closes and there’s a 20- or 15-mile detour,” says Wolf. “The best bridges are the ones you drive over without even knowing they’re there, and this bridge is a perfect example of that.”

If you think of infrastructure as connective tissue, every municipality needs a primary care provider devoted to keeping its arteries in optimal working order and maintaining an approachable bedside manner. For the Town of Merrimack, Quantum Construction Consultants, LLC is that team.

Jesele Zurell is marketing manager with Quantum Construction Consultants, LLC.  Jess can be reached via email at jzurell@quantum-cc.com or by phone at 603.228.1122 x 150.